For this biography, in December 2006, I interviewed the Latvian soprano Kristine Opolais at Osīriss Kafejnīca, a popular café in Riga founded by Andrejs Zagars before he became the general director of the Latvian National Opera. Although run by different owners today, Osīriss is still frequented by many artists from the opera as well as the theatres nearby.

Kristine Opolais was born in Rezekne in Latgale on November 12, 1979. Her mother was an amateur dramatic soprano and popular music singer, her father an amateur classic and jazz trumpeter.

Since Kristine’s mother could not fulfil her dream of becoming a professional opera singer herself, she encouraged her daughter to do so. Kristine took private lessons with Regina Frinberga, a famous opera singer at the Riga Opera. Ms Frinberga helped Kristine to find her voice and prepare her for the Academy of Music, where she enrolled afterwards. At the Academy, the piano was compulsory, but she did not pursue it further.

Kristine studied at the Vocal department of the Jazeps Vitols Latvian Academy of Music in Riga wit Lilija Greidane. Greidane further developed Kristine’s vocal and dramatic skills. She enlarged the young soprano’s repertoire to include chamber music and opera arias.

Currently, Kristine studies with Margarita Gruzdeva, a vocal coach and pedagogue at the LNO. She has had the most profound impact on Kristine singing. Ms Gruzdeva has prepared Kristine for all her major opera roles so far. [added on January 22, 2007: Kristine Opolais is now also working with the vocal coach Barbro Marklund from Norway]. 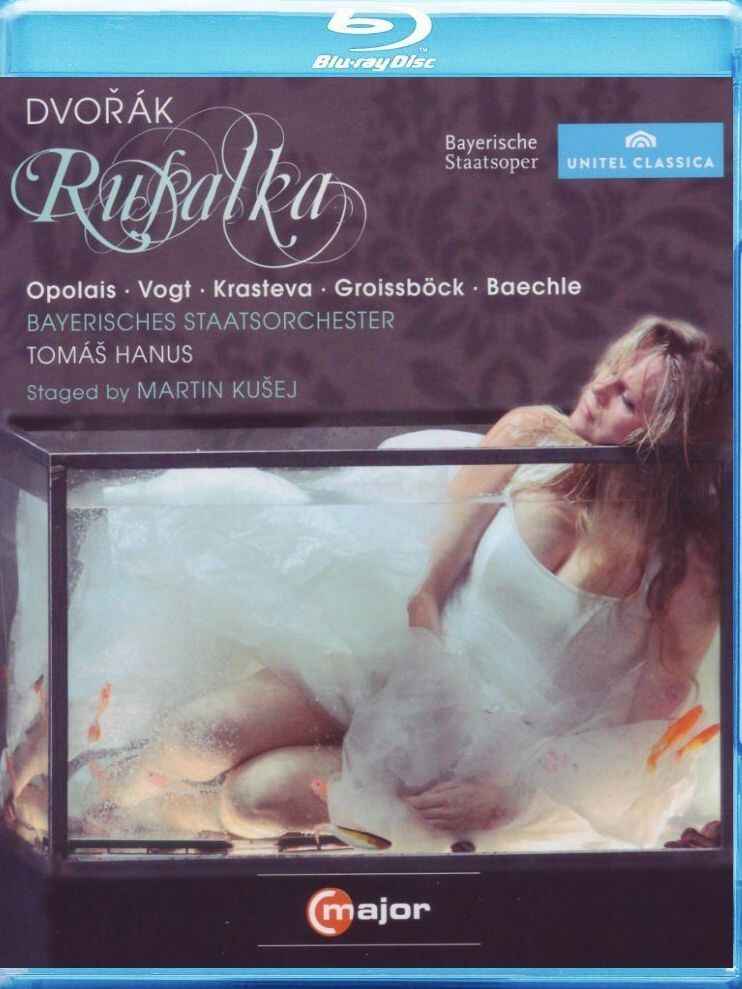 Kristine Opolais told me that she has now role model but that she takes inspiration from several sopranos for different reasons: Maria Callas for her stage presence, her acting and emotional characterization of a role, Mirella Freni, Jessye Norman and Kiri Te Kanawa for their vocal technique.

Kristine prepares her roles by first studying the libretto, to get a feel for the role. She told me that “once you know the character, it is helpful to listen to at least seven or eight interpretations.” By listening to several artists, she tries to find her own approach, taking the best from other sopranos for her interpretation.

Kristine sees her strength in her emotional commitment to a character, to completely live it out on stage: “It is essential to believe in your character, not to be an actor on stage, but to become the character, to shed real tears in Tosca.” The performances I have witnessed in Riga fully confirmed her self-evaluation. She really lives out her roles.

Kristine first discusses her roles with her boyfriend, the Latvian conductor Andris Nelsons. They feel the music the same way. Therefore, disagreements on interpretations are very rare. 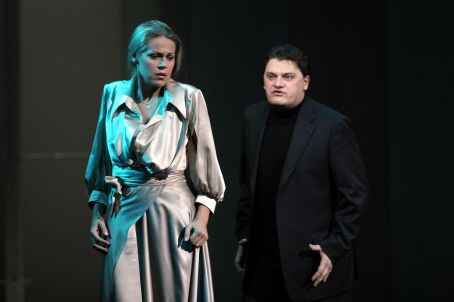 Kristine regularly participates in opera projects, concerts and festivals in Latvia, has toured with the Latvian National Opera to Bordeaux, France (The Queen of Spades, Lisa), Mexico (in December 2006). She made her debut at the Berlin Staatsoper in the role of Tosca in October 2006.

Regarding the part of Senta in Wagner’s Flying Dutchman, Kristine told me that she interprets Senta as a woman with an extremely strong belief in the tale of the Flying Dutchman to the point that she might have lost touch with reality. She takes this idea to the point where this belief in the tale makes it happen, makes it become reality, the Dutchman appears in the flesh.

Regarding the part of Liza in Tchaikovsky’s Queen of Spades, Kristine told me that it is a role you cannot sing to often since it is very demanding for your voice. “Liza is a Russian women with a Russian mentality: She will do her outmost to change the other person. Although it is in vain, she will gave herself up to the other person. To save his soul is her desire. For a Russian woman it is most important to love and then to give everything. The more drawbacks she experiences, the stronger her will to change him becomes.” I told her that in the Queen of Spades, her acting as Lisa was excellent, her singing sometimes a bit on the thin side. She told me again that the part is very demanding and that she had to be careful with her voice. For the same reason, Lady Macbeth is no longer in her repertoire. The part is too demanding, too unhealthy for her voice. 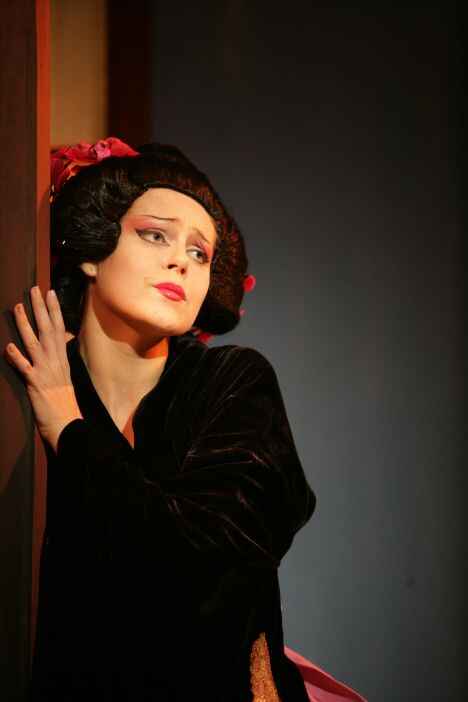 Regarding the part of Cio-Cio San in Puccini’s Madama Butterfly, Kristine pointed out that this is a very special role for her. So far, this is the role she was most afraid of to interpret. It took her a long time to find this character in herself, but on stage she was able to live it. Cio-Cio-San’s actions are so logical, Kristine would have behaved identically in the same situation. Therefore, the role has become natural to her.

I told Kristine that the best performance I have witnessed of her so far (singing and acting on stage) was the one of Cio-Cio-San in Puccini’s Madama Butterfly. She fully agreed.

Regarding the part of Tatjana in Tchaikovsky’s Eugene Onegin, she told me that this character is one that every girl lives once in her youth, like a true story of life.

Kristine performed the title of Tosca in Giacomo Puccini’s opera in Berlin’s Staatsoper Unter den Linden Berlin four times in October. Tosca was her easiest part so far because the character is like herself. Kristine completely identifies with her. Before her important debut in Berlin, Kristine gave five performances of Tosca under the direction of Andris Nelsons in Riga in 2005. Kristine told me that Tosca was a role of destiny for her since she and Andris fell in love in 2005 rehearsing Tosca. The part also marked her international career, singing at Berlin’s Staatsoper Unter den Linden. Kristine will also sing Tosca in Athens in 2007.

Currently, Kristīne Opolais is working on the roles of Mimi, Liu and Violeta. Her next new role will be the one of Mimi in Puccini’s La Bohème, which she will first perform in Riga in April 2007 (I will review it). Among Kristine’s future plans is also a collaboration with Daniel Barenboim: [added on January 22, 2007: in March 2008, Kristine will sing the part of Paulina in Prokofiev’s The Gambler in Berlin’s Staatsoper Unter den Linden under the direction of Daniel Barenboim; in June 2008, she will perform the part of Paulina in La Scala in Milan].

Asked about her future plans, Kristine told me that she had started her career singing a rather heavy, demanding repertoire in Riga. Now she would like to do what she should have done in the first place, singing lighter roles such as Mimi, Liu and Violetta. She is looking forward to the part of Paulina, not only because it will be her first performance of a work by Prokofiev, but above all because of the possibility to work with a maestro as outstanding as Daniel Barenboim will mean that all her years of study will not have been in vain.

When I last stayed in Riga, Kristine Opolais was part of the gala evening organized for the NATO Summit guests at the Latvian National Opera on November 28, 2006. Among the guests were the presidents Vike-Freiberga and Bush, chancellor Merkel, prime minister Blair, in total the heads of the 26 NATO member states. The soprano stressed that it was a great honor for her to share the stage for an evening with eminent artists such as Mischa Maisky and Gidon Kremer. Unfortunately, I only saw her outstanding performance on TV. 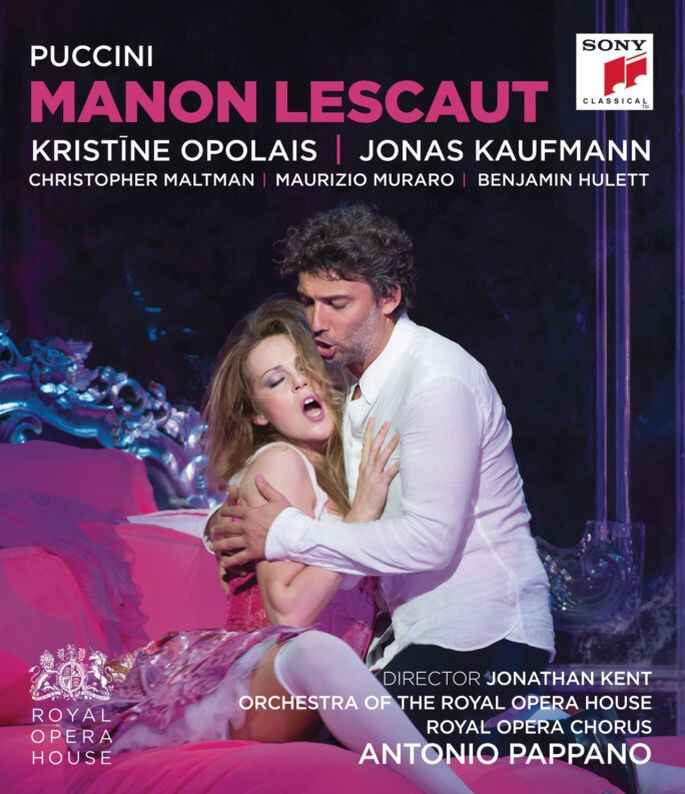 [Added on September 3, 2019: Manon Lescaut with Jonas Kaufmann, recorded with the orchestra of the Royal Opera House and the Royal Opera Chorus under the directioon of Antonio Pap pano in London. Order the DVD from Amazon.de, Amazon.com, Amazon.co.uk, Amazon.fr].